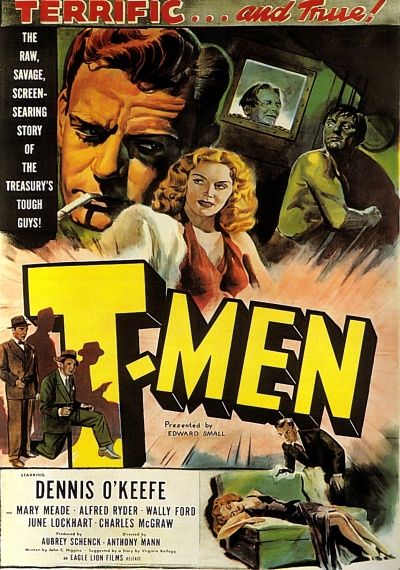 From Wikipedia, the free encyclopedia. T-Men is a semidocumentary style 1947 film noir shot in black-and-white. The film was directed by Anthony Mann with cinematography by noted noir cameraman John Alton. The B-movie is featured in Visions Of Light: The Art Of Cinematography (1992) documentary for the drama's use of lighting. Description above from the Wikipedia article T-Men, licensed under CC-BY-SA, full list of contributors on Wikipedia.