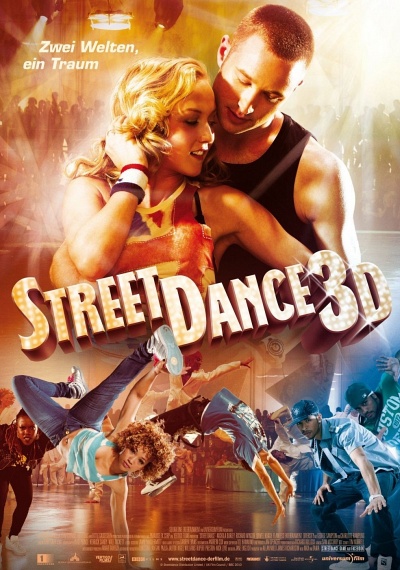 StreetDance 3D (also called StreetDance in the non-3D version) is a British dance film which was released on 21 May 2010. The film was released in RealD 3D, XpanD 3D, and Dolby 3D with Max Giwa and Dania Pasquini directing it. Britain's Got Talent stars George Sampson, Diversity and Flawless made their debut appearances to the big screen. The soundtrack to the film was written and performed by urban acts N-Dubz, Tinie Tempah, Lightbulb Thieves, and Chipmunk. The film is a production of Vertigo Films in association with BBC Films. N-Dubz composed the official soundtrack. The song "We Dance On", featuring Bodyrox, was sent to music stations on 22 April.