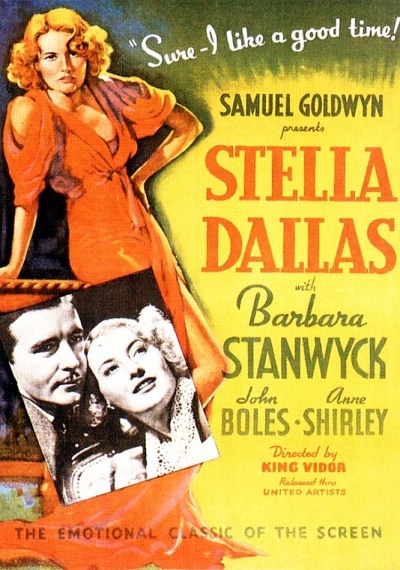 Stella Dallas is a 1937 film based on the Olive Higgins Prouty novel of the same name. It was directed by King Vidor, and stars Barbara Stanwyck, John Boles, and Anne Shirley. Stanwyck was nominated for Best Actress in a Leading Role, and Shirley for Best Actress in a Supporting Role. The film was selected for preservation in the United States National Film Registry.