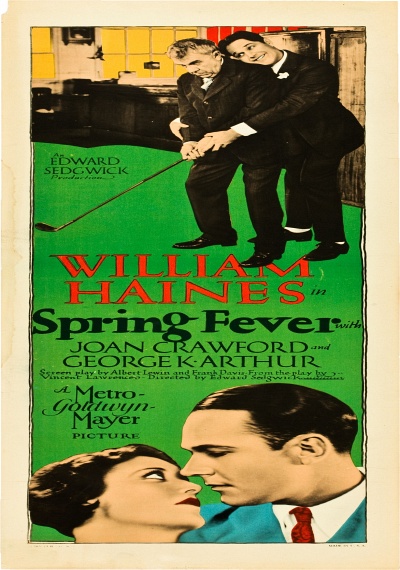 Another of William Haines' sports-oriented vehicles, Spring Fever casts the star as lowly shipping clerk Jack Kelly. Falling in love with heiress Allie Monte (a young Joan Crawford), Jack bluffs his way into Allie's country club, posing as a champion golfer. By the time he realizes that Allie loves him for himself, Jack is inextricably committed to representing the club at a $10,000 golf tournament. Based on a play by Vincent Lawrence, Spring Fever proved beneficial not only to the ascending stardom of Bill Haines, but also to the burgeoning career of Joan Crawford. The film was remade and slightly musicalized in 1930 as Love in the Rough. (Silent-Film)