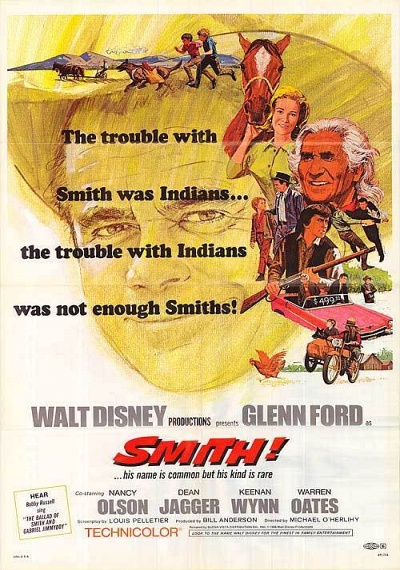 Acclaimed actor Glenn Ford stars as SMITH, a determined and loyal friend to the many Native Americans who live on and around his modern-day ranch. So when Gabriel Jimmyboy is wrongfully accused of murder, he hides out in an old shack on Smith's land. Tensions rise when a mean and racist sheriff tracks Jimmyboy onto Smith's property and suspects the rancher of helping the fugitive escape. After turning himself in to the police and standing trial, Jimmyboy's main witness is thrown in jail and it's Smith to the rescue to bail him out. But will they make it in time? Find out in this simple yet exciting story of hope against all odds.