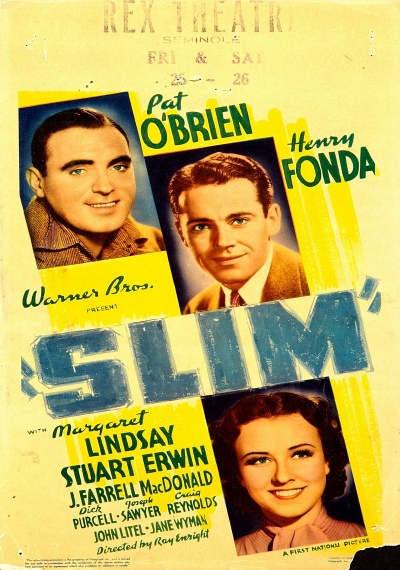 "I never wanted to do nothin' as bad as I want to be a lineman!" To farm boy Slim Kincaid (Henry Fonda), daring death in the electric high wires looks like mighty heroic work. So he shakes the sod off his boots and joins a crew, where a tough lineman (Pat O'Brien) befriends the newcomer - including introducing him to his best girl (Margaret Lindsay).