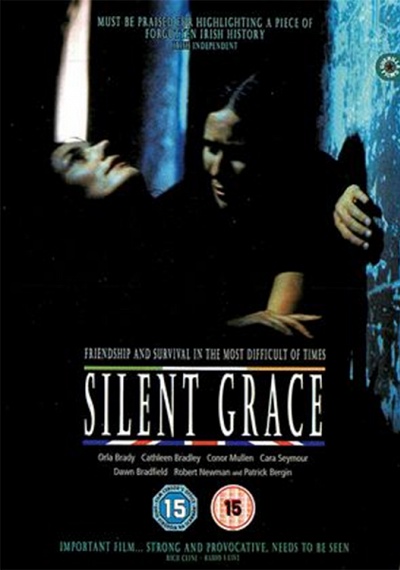 In 1976 the British Government put an end to the special category status of prisoners from the Provisional Irish Republican Army, no longer treating them as prisoners of war, but as common criminals. Mairéad Farrell - on whose life much of the film seems to be loosely based - was the first woman Republican to be refused political status in 1976. By 1980, when the film is set, Margaret Thatcher was Prime Minister and doggedly resolute: "There can be no question of political status for someone who is serving a sentence for crime. Crime is crime is crime." Silent Grace seeks to capture the struggle for the restoration of political status that was at the heart of prison protests in Northern Ireland - not just by the more celebrated male prisoners - but by a smaller number of women prisoners, led by Farrell, at the Armagh Women's Prison.