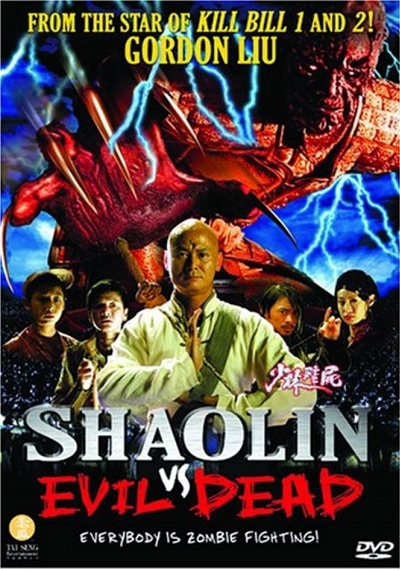 Shaolin vs. Evil Dead is a kung fu vampire movie starring Gordon Liu. The work is one of Liu's most recent and was released between the time of Kill Bill volumes 1 & 2 and exploited his acting in the two films on the North American DVD cover. The movie title itself exploits the film Evil Dead, however there is actually no relationship between two films. The film also heavily references the style of Mr. Vampire, though has a unique plot. The film ends abruptly, without resolution, because of a planned sequel, which is previewed in the end credits.