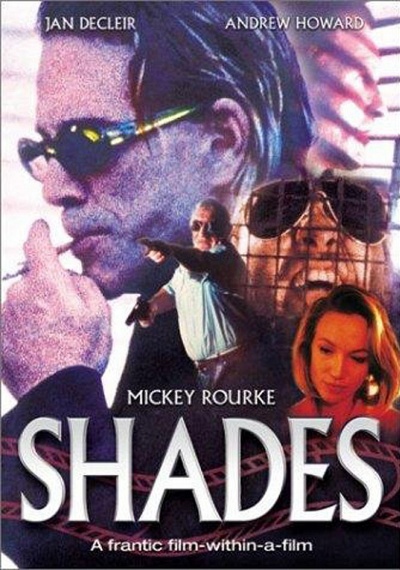 Shades is a film about (imaginary) Belgian serial killer Freddy Lebecq which producer Max Vogel, a former lawyer, is determined to make into an internationally co-produced, relatively big budget-production Hollywood style, with a director from the States. To that end he cuts deals with and often behind the backs of just about everybody, including Lebeq -who has the book rights-, his lawyer who hopes to use proceeds donated to the relatives to facilitate early release, even the victims, always trying to get the media circus to yield priceless publicity. However not only the lead actor proves a loose canon, even Lebecq ends up killing his lawyer and escaping, when he believes the movie is hurting his case