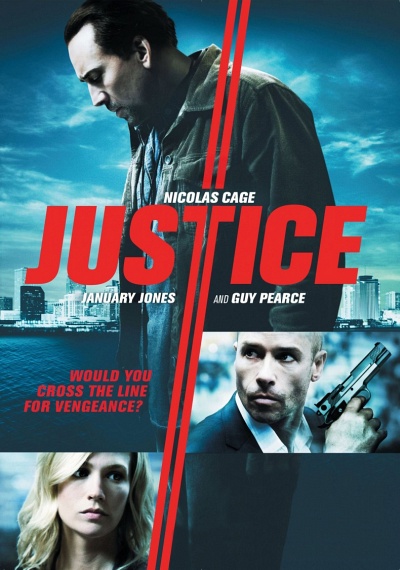 Nicolas Cage (CON AIR, GONE IN SIXTY SECONDS, GHOST RIDER FRANCHISE) is Will Gerard, a family man whose life is turned upside-down when his wife, Laura (January Jones of TV'S MAD MEN, X-MEN: FIRST CLASS), is brutally attacked. At the hospital, Will is approached by Simon (Guy Pearce of THE KING'S SPEECH, THE HURT LOCKER, MEMENTO), who proposes an intriguing offer: Simon will arrange to have a stranger exact vengeance on Laura's attacker, in exchange for a favor from Will in the near future. Will consents to the deal, unwittingly involving himself in a dangerous vigilante operation that could lead to frightening and deadly consequences for himself and his family.