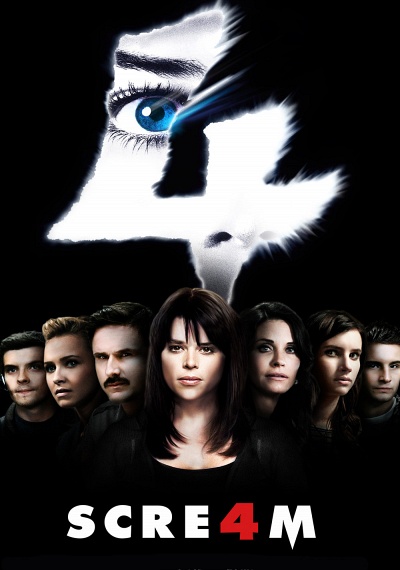 The original star-studded cast reunites a decade later in this spine-chilling fourth installment of the $300M-grossing Scream franchise. Sydney Prescott (Neve Campbell of THE CRAFT), now the author of a self-help book, returns home to Woodsboro on the last stop of her book tour. There she reconnects with Sheriff Dewey (David Arquette of NEVER BEEN KISSED) and Gale (Courtney Cox of TV's FRIENDS), who are now married, as well as her cousin Jill (Emma Roberts of VALENTINE'S DAY) and her Aunt Kate. Unfortunately Sidney's appearance also brings about the return of Ghostface, putting Sidney, Gale, and Dewey, along with Jill, her friends (including Hayden Panettiere of TV's HEROES), and the whole town of Woodsboro in danger. Legendary director Wes Craven (A NIGHTMARE ON ELM STREET) "guides us expertly down a series of blind, bloody alleys" (Slate Magazine).