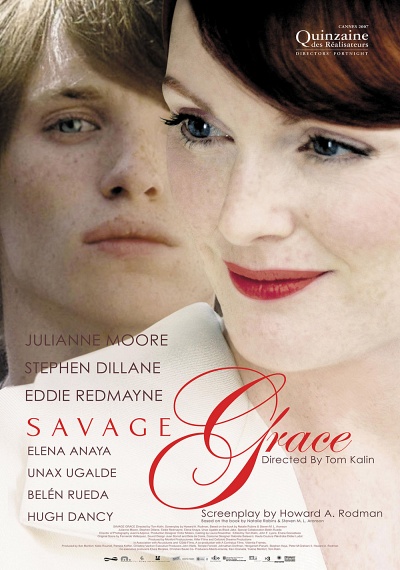 Savage Grace, based on the award winning book, tells the incredible true story of Barbara Daly, who married above her class to Brooks Baekeland, the dashing heir to the Bakelite plastics fortune. Beautiful, red-headed and charismatic, Barbara is still no match for her well-bred husband. The birth of the couple's only child, Tony, rocks the uneasy balance in this marriage of extremes. Tony is a failure in his father's eyes. As he matures and becomes increasingly close to his lonely mother, the seeds for a tragedy of spectacular decadence are sown. Spanning 1946 to 1972, the film unfolds in six acts. The Baekelands' pursuit of social distinction and the glittering 'good life' propels them across the globe. In this indie film from IFC, we follow their heady rise and tragic fall against the backdrop of New York, Paris, Cadaques, Mallorca and London.