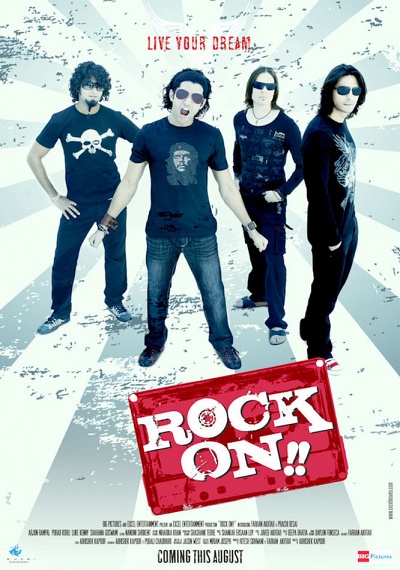 In 1998, rock music had a shot in the arm with the emergence of Grunge. The voice of teenage angst found an audience across the globe and rock music seemed like it was on the threshold of becoming the leader in mainstream music. Magik was one such band that wished to ride this wave. Aditya Shroff is a bohemian wild boy from Delhi who left the comforts of his parents' home to chase his dream of becoming a singer in a rock band. He is the lead singer of Magik. Joe Mascarenhas is an idealist. He hails from a family of failed musicians and hence feels the pressure of not succumbing to the legacy. A man of few words, he lets his guitar do the talking. He is the lead guitarist of the band. Kedar Zaveri prefers to be known as KD "Killer Drummer." On stage it may look like he is slamming those drums with a vengeance but actually, he's only just breathing. He is the heart of Magik. Rob Nancy is the laid back quiet fence sitter of the band. Just to experience the moment of his creation was to be in the presence of something truly ethereal. This story is about four young friends who put together the greatest band this country had ever seen but never made it. Years later fate conspires to bring them together again and sets them on a journey back to where they left off, in a soul searching pilgrimage into their past. Just like an old Indian saying, "If one dies without fulfilling a cherished dream he will be re born to have another shot at it." The four of them came from different walks of life but when they jammed together they were 'One'. If Aditya was the mind then Joe was the will, KD the heart and Rob the soul and together they were, Pure Magik.