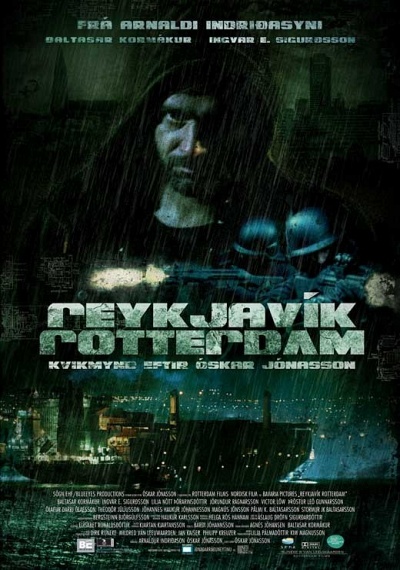 An Icelandic crime thriller with the gloss stripped away, director Oskar Jonasson&#39;s Reykjavik-Rotterdam hones in on a down-and-outer at the very end of his rope. For Kristofer (Baltasar Kormakur) life has been little more than a never ending series of failures and disappointments. Among other things, he made the colossal mistake of smuggling alcohol during his tenure as a shipworker - a little stunt that promptly landed him behind bars. Now, following release, he struggles to pull his life together while working as a security guard and continually attempts to support his family. Then the opportunity arises for Kristofer to do one final tour on a freighter running from Reykjavik, Iceland, to Rotterdam, Holland. Kristofer initially embraces the opportunity to work with his old friends once again - little foreseeing the malestorm of crime into which this move will plunge him.