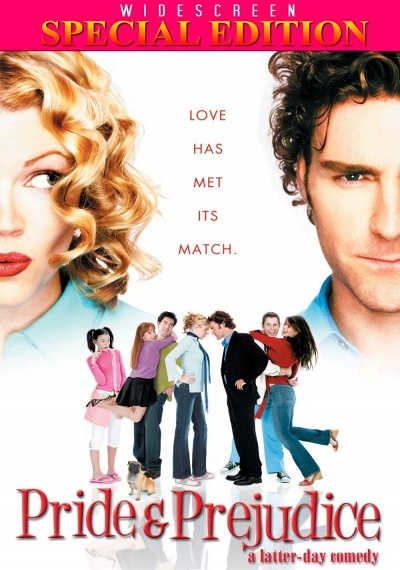 Pride & Prejudice: A Latter-Day Comedy is a 2003 independent film adaptation/updating of Jane Austen's novel, set in modern-day Provo, Utah, at Brigham Young University. The characters are Latter-day Saints (LDS). The film received largely negative reviews outside Mormon enclaves such as Utah; some of the humor and plot devices derive from and require an understanding of Mormon social and religious mores.