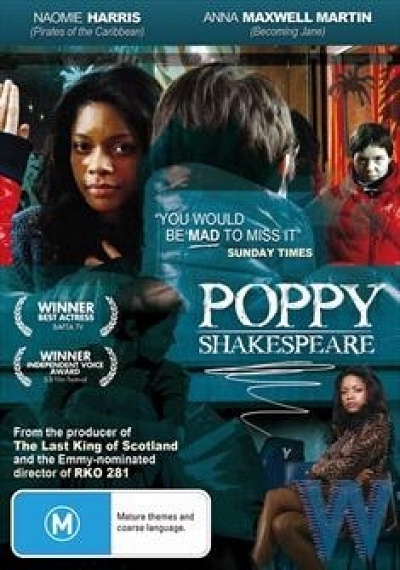 Naomie Harris plays Poppy Shakespeare, a new and worryingly sane patient who arrives at a North London psychiatric ward dressed up to the nines, insisting she is not mentally ill. Her story is told through the eyes of N, played by BAFTA-winning actress Anna Maxwell Martin, a 13-year veteran of the hospital and self-confessed 'dribbler' who severed links with the outside world many years ago and has since made it her sole ambition never to be released. An unlikely friendship blossoms between the pair when N is charged with looking after the new arrival. Although she cannot understand why Poppy is unhappy attending the ward, N agrees to help her make a break for freedom. To qualify for release the pair must first prove that Poppy isn't mad - but they quickly find themselves in a catch-22 situation; to prove she is sane she must pretend to be mad.