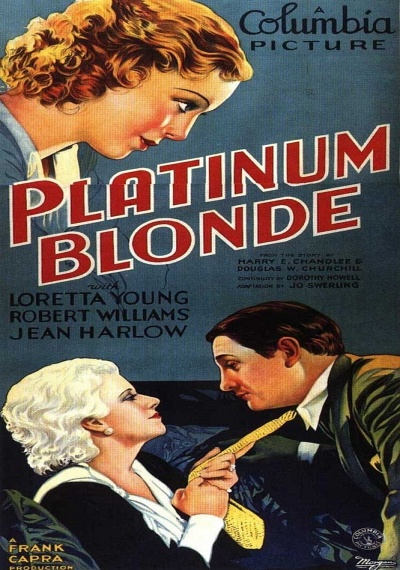 In this witty romp, Jean Harlow plays an upper-crust socialite who bullies her reporter husband (Robert Williams) into conforming to her highfalutin ways. The husband chafes at the confinement of high society, though, and yearns for a creative outlet. He decides to write a play and collaborates with a fellow reporter (Loretta Young); the results are unexpectedly hilarious, especially when Young shows up at the mansion with a gaggle of boozehound reporters in tow. With snappy, ribald dialogue (allowable in those pre-Hays Code days), Capra keeps the gags flying fast and furious, taking special delight in having Williams's journalist pals rib him endlessly over his kept-man status. Platinum Blonde was a great success at the time of its release during the class-conscious Depression; for better or worse, its star Harlow was identified with the tag "platinum blonde" until her untimely death. --Jerry Renshaw