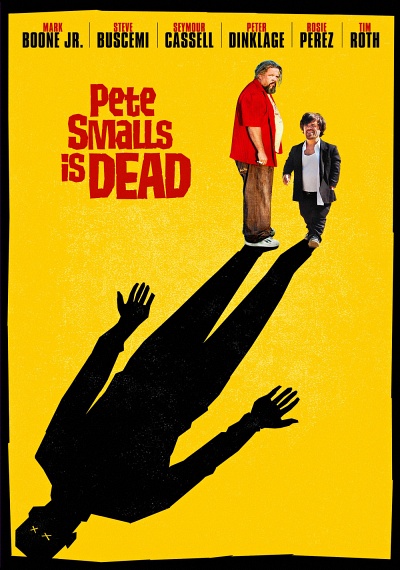 Former Oscar winning screenwriter KC Munk (Peter Dinklage, Game of Thrones) is down on his luck, reduced to counting quarters in a broken down Laundromat in a go-nowhere town. When his bookie shows up looking for $10,000, KC has nothing left to give so they take the only thing he has left – his best friend and 16-year-old dog, Buddha. In order to get Buddha back, KC has to return to the place he hates – Los Angeles – and borrow money from the one guy he knows who has money – his old friend, the infamous film director Pete Smalls (Tim Roth, Pulp Fiction). Unfortunately, when KC finally gets to Los Angeles, he learns Pete Smalls is actually dead and his masterpiece, his unfinished final film, is gone. And so begins a frantic search through Los Angeles and Mexico for KC Munk and his buddy Jack Games (Mark Boone, Jr., Sons of Anarchy), Jack's rich Armenian uncle Sacco (Seymour Cassel, Rushmore), bigwig producer Hal Lazar (Ritchie Coster, The Dark Knight), Pete's gold-digging ex-wife Julia (Rosie Perez, Pineapple Express), sleazy independent financiers Bernie Lake (Steve Buscemi, Fargo) and Leonard Proval (Michael Lerner, Elf), smoking hot French editor Saskia (Theresa Wayman, The Rules of Attraction), and a host of other colorful characters who are all trying to find out the answer to one simple question: Is Pete Smalls Dead?