One Spy Too Many 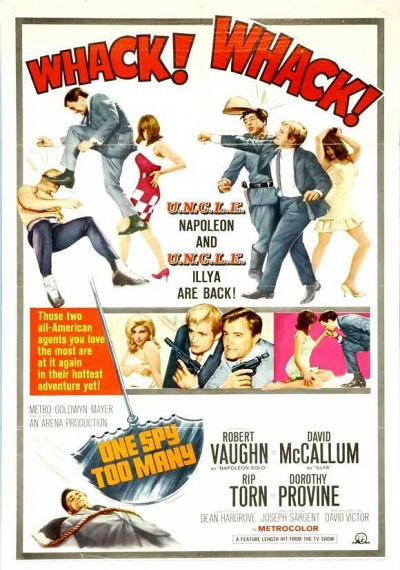 The men from U.N.C.L.E. must stop a megalomaniacal Greek tycoon with plans of world domination in the comic espionage caper One Spy Too Many. Mr. Alexander (Rip Torn--Men in Black films, Marie Antoinette) plans to restore the ancient empire of Alexander the Great by overthrowing a small Asian nation with the use of a nerve gas that paralyzes the will of anyone who breathes it. But his wife (Dorothy Provine--The Great Race) has different plans for her own greatness. Now, it's up to the two agents from U.N.C.L.E., Napoleon Solo (Robert Vaughn--"The Man from U.N.C.L.E.") and Illya Kuryakin (David McCallum--"The Man from U.N.C.L.E."), to thwart this evil couple.