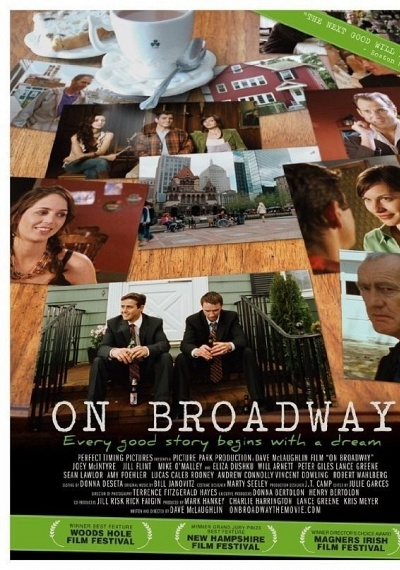 ON BROADWAY is the story of Jack O'Toole (Joey McIntyre), who loses his godfather after a tragic accident. The event and its ramifications inspires the would-be writer to launch a play within his hometown. With no money and only his instincts to guide him, Jack mounts the play on the only stage he can afford: in the back room of a local pub on a neighborhood street called Broadway. ON BROADWAY hones in on the ties of family within the warmth of Boston's neighborhoods.