Of Horses and Men 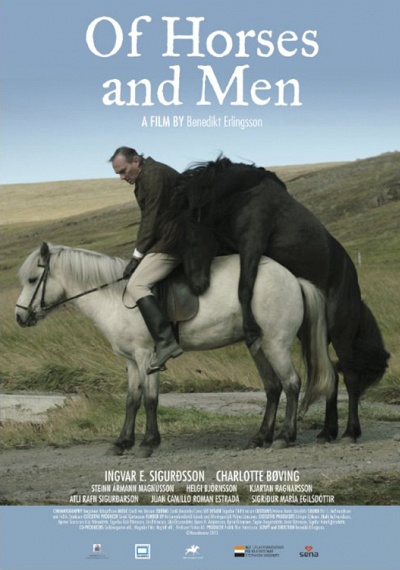 Winner of the Best New Director award at the San Sebastian Film Festival, Benedikt Erlingsson's critically acclaimed debut feature OF HORSES AND MEN is a darkly comic country romance about the human streak in the horse and the horse in the human. Set in the stunning Icelandic countryside, love, death and sex become interlaced in this playful, affectionate yet unflinching portrait of a remote valley community as seen from the horses' perspective. Unique and highly entertaining, OF HORSES AND MEN was Iceland's official submission for the 2014 Oscars and won in six categories at the 2014 Edda Awards (the Icelandic Film and Television Academy), including Director of the Year, Screenplay of the Year and Best Film.