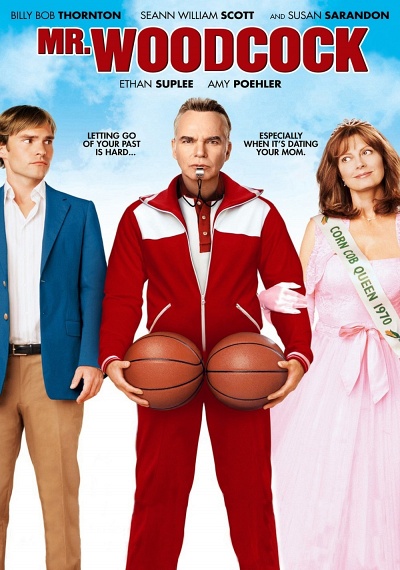 Billy Bob Thornton, Seann William Scott, and Susan Sarandon star in the outrageous comedy Mr. Woodcock. John Farley (Scott) is a self-help author who returns to his hometown only to discover that his mother (Sarandon) has fallen in love with his old high school nemesis, Mr. Woodcock (Thornton) the gruff, no-nonsense gym teacher who put him through years of mental and physical humiliation. Determined to prevent history from repeating itself, John sets out to stop his mother from marrying the man who made life miserable for him and his classmates. Mr. Woodcock also features a strong supporting cast including Amy Poehler (Saturday Night Live) and Ethan Suplee (My Name Is Earl). The film is directed by Craig Gillespie, produced by Bob Cooper and David Dobkin (Wedding Crashers), and written by Michael Carnes and Josh Gilbert.