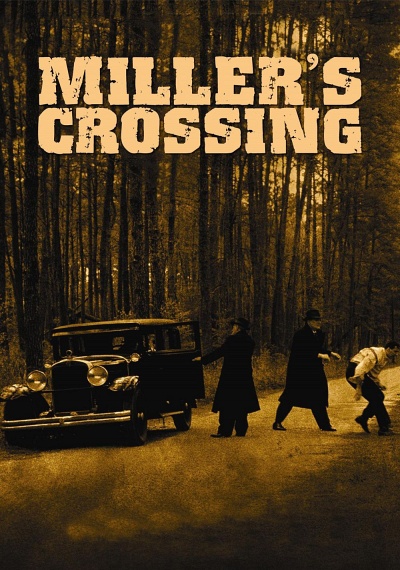 Joel Coen's and Ethan Coen's third film is a dark, moody gangland epic. The typically complex Coen plot centers on the machinations of Leo, the tough Irish mob boss, and his partner-in-crime Tom (Gabriel Byrne). The Italian mob faction is still gaining its footing in the community, which does not please the violent Mafioso Johnny Caspar (Jon Polito). Johnny's got it in for Bernie Bernbaum (John Turturro), a small-time hood horning in on the Italians' action, but Leo has sworn to protect Bernie from harm as a favor to his lover, Verna (Marcia Gay Harden), Bernie's sister--who's also having an affair with Tom. A problem drinker and gambler, Tom owes a huge sum of money to his bookie; after he and Leo come to blows over Verna, Tom is forced to align himself with Caspar. As an act of loyalty to his new boss, Tom must kill Bernie, but fakes the murder, only to watch in dismay as Bernie decides to blackmail Tom over his inability to carry out his assignment, an action that leads to a full-scale mob war.