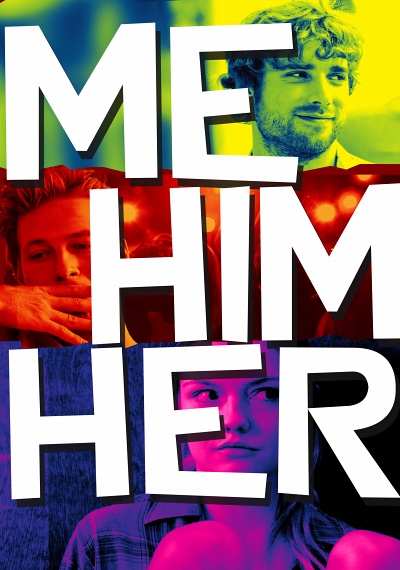 ME HIM HER is a comedy of errors, manners and fencing about three people in their early twenties trying to figure out love, friendship, sex, identity and life. CORY is still living in the Florida college town where he went to school, working at a dead end job and living out of suitcases in an empty apartment. His best friend BRENDAN is in Los Angeles starring on a TV show and living a semi-glamorous, but lonely life. GABBI is a chef who has just broken up with her long time girlfriend and is devastated. Cory travels to LA to support Brendan as he tentatively comes out of the closet, but while at a gay bar, Cory meets Gabbi. Sparks fly between them and before you know it, Corey is embarking on a whirlwind, head-spinning, roller-coaster relationship with a sharp-witted lesbian. Things get much more complicated before they even start to make sense. Told through the incredible imagination of Max Landis, ME HIM HER is a wildly original tale that speaks an authentic and honest universal language of youth.