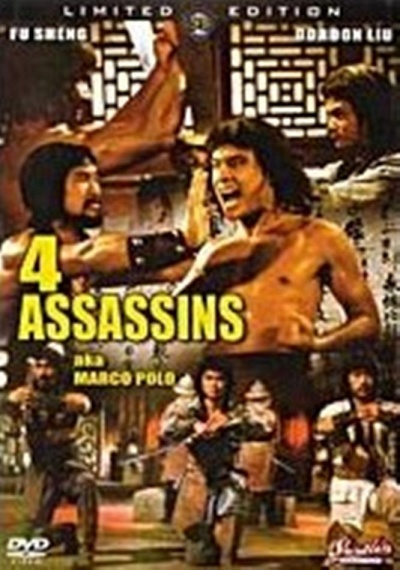 When Shaw Studio decided to produce an epic about the famous Italian explorer Marco Polo and his meeting with Mongolian emperor Kublai Khan, they turned to one of their most famous and respected directors. Chang Cheh, who had already proven himself by making such sweeping sagas as All Men Are Brothers, co-wrote this adventure of four Han blood brothers and their quest to avenge their comrade's killing at the hands of three sadistic Mongol warriors. He then surrounded famed Caucasian actor Richard Harrison (as Marco Polo) with the best the Shaw Brothers kung-fu film units had to offer, including future lead 'Venom' Kuo Chue, 'Master Killer' Gordon Liu Chia-hui, and 'Thundering Mantis' Liang Chia-jen. The result is a splendid historical tale as well as a superlative martial arts thriller.