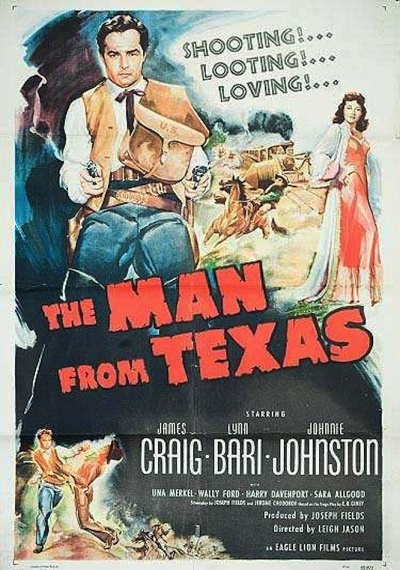 James Craig is torn between his criminal career as the masked bandit named the "El Paso Kid," and the life of a law-abiding citizen with his long-suffering wife Zoe (Bari). Throughout the film, he tells his worried wife "just one more time," but is unable to stop, angering Zoe greatly. However, he does have brief moments of heroics when eh helps the Widoe Weeks *Merkel) save her farm. This was Eagle-Lion Studios first "big budget" film.