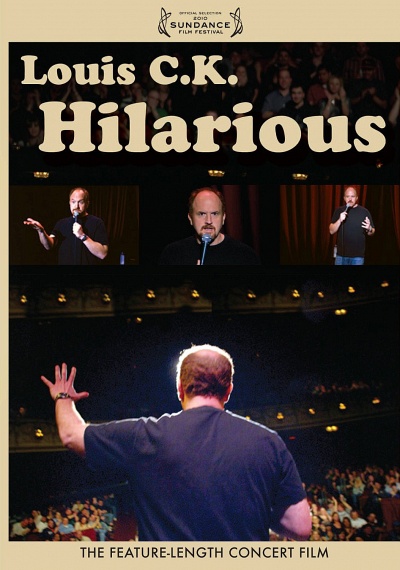 With a simple "Hello, everybody," television writer and stand-up comedian Louis C.K. opens his latest live show, Hilarious. This harmless salutation is the least-controversial thing that comes out of Louis C.K.'s mouth as he turns rants on everyday subjects (impatient people, his weight, fatherhood) into hilarious, expletive-laden diatribes where nothing is sacred—not even (gasp!) his children. Who else can name-check Ray Charles and Adolph Hitler in the same breath and elicit a chorus of raucous laughter? Louis C.K. says what's on his mind, even at the risk of offending, but his "I don't give a f**k" attitude makes his irreverent brand of humor especially endearing and relatable. His self-deprecating style elevates his filmed live show to a form of therapy, where we, too, can get comic relief from some pretty warped subjects. At one point, Louis C.K. asks, "Where do you draw the line?" With him, there is no line.