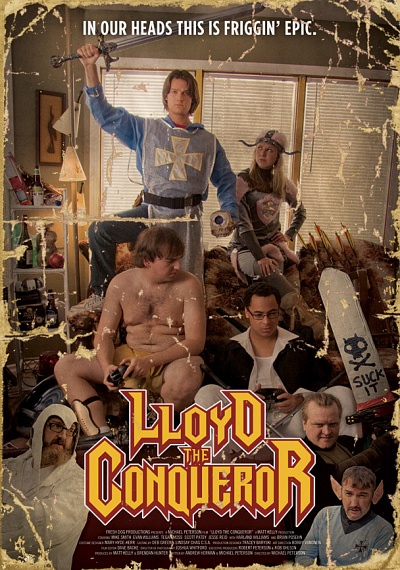 It's Animal House meets Monty Python! To keep his financial aid, community college slacker Lloyd, (Evan Williams) gets roped into an epic Live Action Role-Playing battle by his Medieval Lit professor Derek, (TRAILER PARK BOYS' Mike Smith). Lloyd and his friends must join Professor Derek's LARP league and battle against him in a game of Demons & Dwarves. Unbeknownst to the students, Derek is a long reigning LARPing champion and has amassed a mighty army in the field behind the elementary school. To prevail, Lloyd must enlist the help of "Self Defense for Women" instructor Cassandra (Tegan Moss) and Andy (Brian Posehn) a local gaming merchant and former level 80 Wizard who enjoys nude wrestling. Don your cardboard breastplates and raise high your foam-rubber broadswords because these LARPers will need all the help they can get in leading the Forces of Light in their final battle against the Hordes of Chaos!