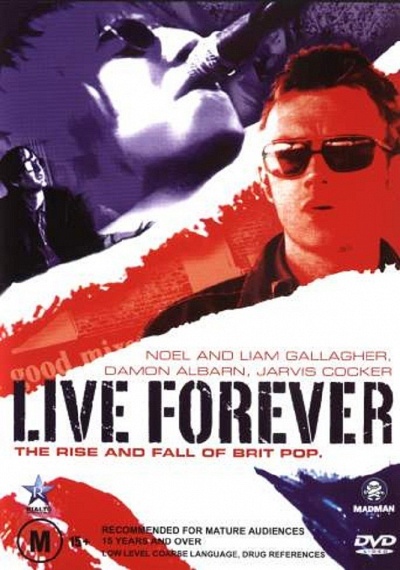 In the mid-1990's, spurred on by both the sudden world-domination of bands such as Oasis and Prime Minister Tony Blair's "Cool Brittania" campaign, British culture experienced a brief and powerful boost that made it appear as if Anglophilia was everywhere--at least if you believed the press. Pop music was the beating heart of this idea, and suddenly, "Britpop" was a movement. Oasis, their would-be rivals Blur, Pulp, The Verve, and many more bands rode this wave to international chart success. But was Britpop a real phenomena, or just a marketing ploy? This smart and often hilarious documentary probes the question with copious interviews from Noel and Liam Gallagher of Oasis, Pulp's Jarvis Cocker, Damon Albarn of Blur, Sleeper's Louise Wener, and many other artists and critics who suddenly found themselves at the cultural forefront.