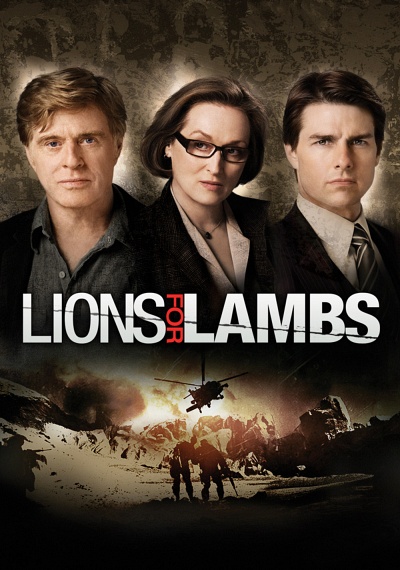 Directed by Academy Award winner Robert Redford, the story begins after two determined students at a West Coast University, Arian (DEREK LUKE) and Ernest (MICHAEL PENA), follow the inspiration of their idealistic professor, Dr. Malley (REDFORD), and attempt to do something important with their lives. But when the two make the bold decision to join the battle in Afghanistan, Malley is both moved and distraught. Now, as Arian and Ernest fight for survival in the field, they become the string that binds together two disparate stories on opposite sides of America. In California, an anguished Dr. Malley attempts to reach a privileged but disaffected student (ANDREW GARFIELD) who is the very opposite of Arian and Ernest. Meanwhile, in Washington D.C. the charismatic Presidential hopeful, Senator Jasper Irving (CRUISE), is about to give a bombshell story to a probing TV journalist (STREEP) that may affect Arian and Ernests' fates. As arguments, memories and bullets fly, the three stories are woven ever more tightly together, revealing how each of these Americans has a profound impact on each other and the world.