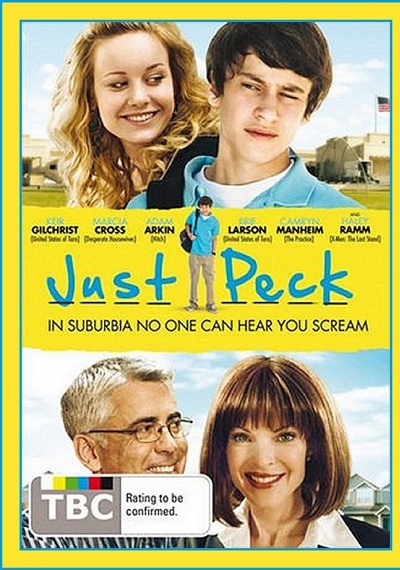 Who is high school sophomore Michael Peck? Is he a model son? A band geek? A science nerd? No, he's just Peck (Keir Gilchrest, It's Kind of a Funny Story), a 5-foot-2, skinny, 104-pound weakling whom no one notices until he meets Emily (Brie Larson, Scott Pilgrim vs. the World), a beautiful and popular senior, who befriends the awkward boy. When Peck's overbearing power parents (Marcia Cross and Adam Arkin) force him to compete in the school science fair, he risks becoming even more of a social outcast. But Peck has a brilliant plan: he'll create a project so outrageous it will rock the school and get even with his parents. And maybe, just maybe, he won't be just Peck to Emily anymore. Emmy-winner Camryn Manheim (The Practice) costars in this smart and edgy coming of age comedy.