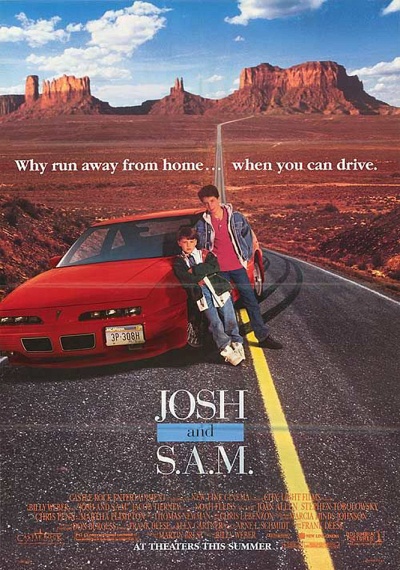 Josh and Sam are two brothers who are tired of their home life and tired of each other. Their mother is about to wed a Frenchman and the two are facing the prospect of moving in with their father in Florida. Josh, not too keen on this idea, uses his creative talents to stir up an adventure instead of a move. He convinces his brother that he is a genetically altered mutant, trained for warfare, also known as an S.A.M. Josh tells Sam that he is going to be sent to Africa to fight and that his only escape is to flee to Canada. The boys embark on a cross-country journey where they steal a car from a drunk, meet Alison the Liberty Maid, and are on the run from the cops. Will the boys ever make it to Canada, or will they give up and head for home?