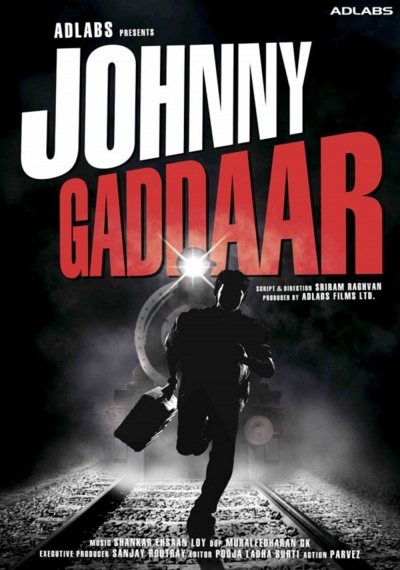 Johnny Gaddaar is a caper thriller focusing on a small section of Mumbai's notorious nightlife. Five men, the eldest is 60+, the youngest in his 20s. The ensemble group has their fingers in various legal and not so legal activities. The story starts when gang member Seshadri gets an offer from a corrupt police officer pal to make a fortune in four days. The gang is interested as this deal will catapult them into the big league. The youngest member of the gang Vikram plans to quit the gang after the deal is done and disappear to some unknown city with his love Mini. And then a devilish thought crosses his mind. What if he grabs the entire jackpot. Vikram's opening gambit is a neat double cross. But as he plunges further into his diabolical plan he realizes that the stakes in the game are high. And the only losers he can afford to leave behind are dead ones. Johnny Gaddaar, a tingling tale of crime and betrayal, love and murder.