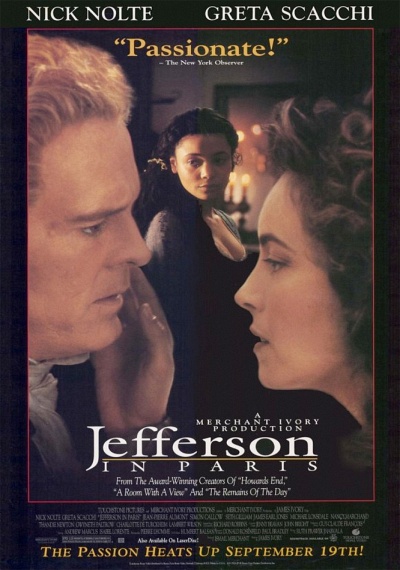 One of the obsessive speculations in American history is whether Thomas Jefferson, in the years before he became president, had an affair with (and fathered a child with) his 15-year-old slave Sally Hemings. JEFFERSON IN PARIS follows Jefferson to France (as the U.S. ambassador to the court of Louis XVI), following the death of his wife his friendships and flirtations with the French, his relationship with his daughters and slaves from home (especially Sally), against the backdrop of the beginning of the French Revolution.