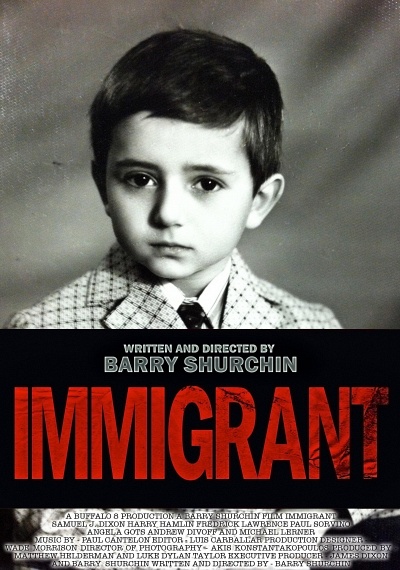 Immigrant is the coming of age story of Daanyik, a nine year-old Russian boy, whose family immigrates to the United States in the late nineteen-seventies to pursue the American Dream. Daanyik's childhood of pencil drawings and toy soldier battles in Moscow is interrupted overnight as he is hurled into the harsh reality of adulthood in New York City. Upon losing his father Deema, Daanyik and his mother, Meela are left poor, alone and helpless in a foreign land. Out of desperation for survival, Meela begins a relationship with Tolik, an abusive man that may have had a hand in Deema's death. Daanyik finds himself trapped in a precarious we of torment brought on by his new stepfather, a lecherous Rabbi and a neighborhood bully. Drawing becomes his only source of comfort and catharsis. As his battles grow fiercer, Daanyik, at the tender age of nine, is left to overcome insurmountable odds to save himself and his mother from complete destruction.