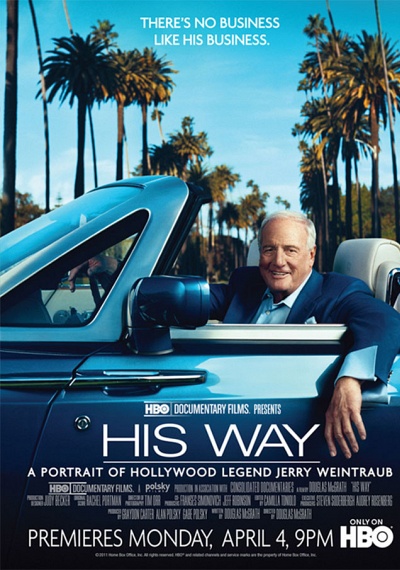 Jerry Weintraub has been called a lot of things as one of Hollywood's most enduring and powerful producers. Now, he takes aim at himself as he talks about his life, loves and livelihood in this engaging profile of the legendary entertainment entrepreneur. Through a series of one-on-one interviews shot in different rooms in his house, Weintraub recounts the highs and lows of his five-decade career as a Hollywood jack-of-all-trades. Intercut with his candid stories are testimonials, including former president George H.W. Bush, Barbara Bush, George Clooney, Brad Pitt, Matt Damon, Bruce Willis, Ellen Barkin, James Caan, Elliott Gould and Andy Garcia, plus footage of musicians he's promoted (from Elvis to Sinatra) and clips of films he's produced.