Hellcats of the Navy 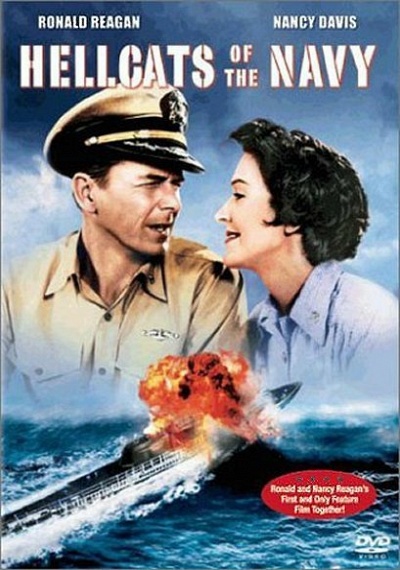 Future "first couple" Ronald Reagan and Nancy Davis made their only joint film appearance in Hellcats of the Navy. Ronnie plays Casey Abbott, commander of a WW2 submarine, while Nancy portrays navy nurse Helen Blair, Abbott's off-and-on girlfriend. During a delicate mission in which his sub is ordered to retrieve a revolutionary new Japanese mine, Abbott is forced to leave frogman Wes Barton (Harry Lauter) behind to save the rest of his crew. But Abbott's second-in-command Don Landon (Eduard Franz) is convincing that Abbott's sacrifice of Barton was due to the fact that the dead man had been amorously pursuing Helen. The rest of the film is spent proving Abbott right and Barton wrong. Based on a book by former USN vice-admiral Charles A. Lockwood (played in the film by Maurice Manson) and retired USAF colonel Hans Christian Adamson, Hellcats of the Navy is a much better film than Reagan's detractors would have one believe. ~ Hal Erickson, Rovi