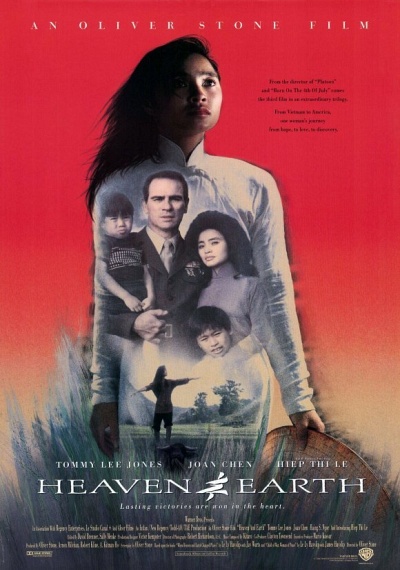 The final movie in Oliver Stone's Vietnam trilogy follows the true story of a Vietnamese village girl who survives a life of suffering and hardship during and after the Vietnam war. As a freedom fighter, a hustler, young mother, a sometime prostitute, and the wife of a US. marine, the girl's relationships with men suggests an analogy of Vietnam as Woman and the U.S. as Man. Written by Keith Loh Fleeing the violence of the Viet Cong, Le Ly leaves her farming village with her mother for Saigon. After disgracing herself by becoming pregnant with her new master's child, she moves in with her sister and, through hustling the American troops, meets up with Steve Butler. They become lovers and, encouraged by his promises, she agrees to return with him to the strange but wonderful land of "America".