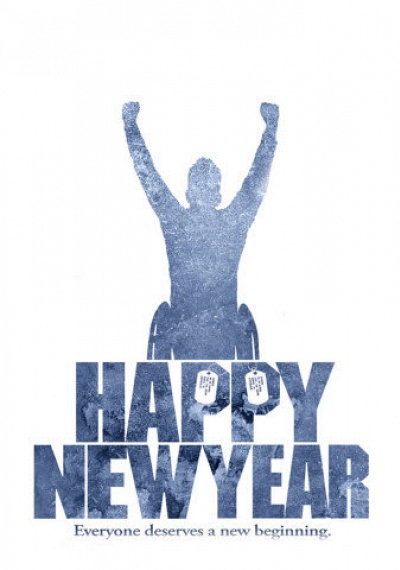 "Happy New Year" is the story of Staff Sgt. Cole Lewis who, mentally and physically scarred by his time served in Iraq and Afghanistan, finds humanity, compassion and friendship in a group of similarly injured veterans in the psychiatric ward at a remote Veterans Hospital. The group, ranging from guys that served in WWII and Vietnam, to those recently injured in the Middle East, slowly becomes Lewis' new family. Along with them, he will attempt to redefine his sense of self, and find a new place in the world. Through humor and pathos, Lewis becomes a ray of hope in the ward, as the men find a way to combat their post-war grief. However, just as their luck starts to change, Lewis soon faces his fiercest battle yet.