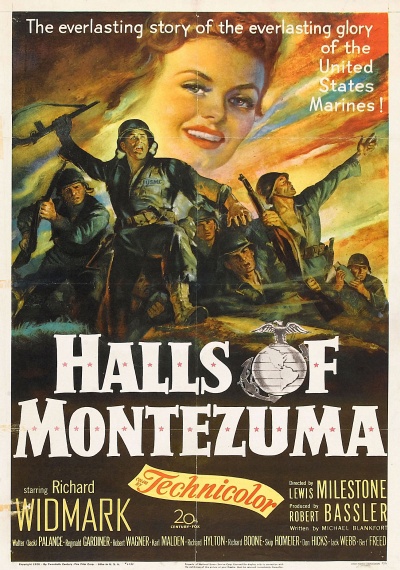 Richard Widmark leads an all star cast of leathernecks - includind, Jack Palance, Robert Wagner, Karl Malden, Richard Boone and Jack Webb into battle on a heavily fortified island. Their objective is a Japanese rocket site in the islands interior, and this action-packed story follows the squad as they pick their way through enemy-infested jungles.