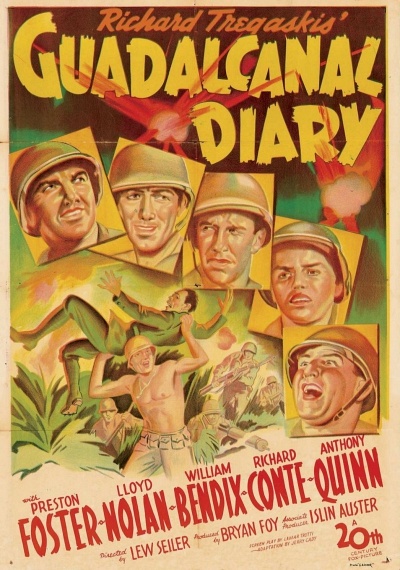 One of the greatest war movies of all time, combining action-packed, high-caliber battle sequences with quintessential foxhole-buddy camaraderie. Released in 1943, its authenticity and power remain undiminished.The story follows one squad of Marines through the bloody assaults on the Solomon Islands during the opening stages of the war in the South Pacific. There's the tough sergeant (Lloyd Nolan), a cab driver from Brooklyn (William Bendix), a Mexican (Anthony Quinn) and a chaplain (Preston Foster). A battle-weary narrator reads from a diary, commenting on the typical grunt's everyday life, and death. Battles and dates of engagement are named, putting the explosive action into a solid historical context.Based on Richard Tregaski's best-selling book, the script is by renowned screenwriter Lamar Trotti, who also wrote the screenplay for the wartime classic "To the Shore of Tripoli."