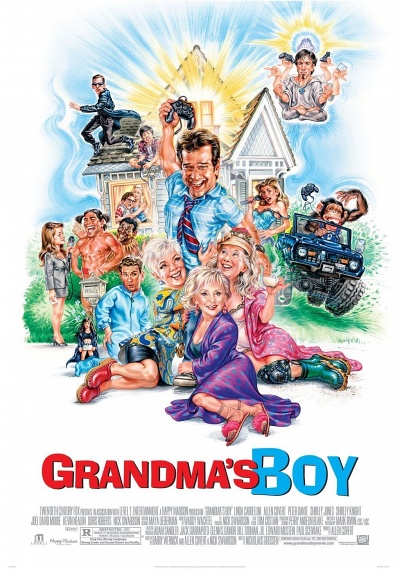 Can the world's oldest adolescent maintain his cool while living with his grandmother? Alex (Allen Covert) is a 35-year-old video-game fanatic who gave up a career in accounting to take a job testing games for Brainasium, the company behind the wildly popular game "Eternal Death Slayer." While Alex took a big pay cut to land his dream job, he's happy with his work and is making ends meet -- until he discovers that his roommate hasn't paid the rent for the last six months, using the money to finance repeated visits to a local massage parlor. After running out of friends who will let him sleep on their couch, Alex swallows his pride and moves in with his grandma Lily (Doris Roberts), who loves Alex and is happy to give him a place to stay in exchange for doing chores around the house. Lily shares her home with two friends, perpetually confused Bea (Shirley Knight) and sexually adventurous Grace (Shirley Jones), and between the three of them, there's always work to be done, keeping Alex busy nearly every night. While Alex tells his co-workers he's living with three attractive women who are running him ragged, they don't know the real story; in the meantime, Alex is trying to charm Brainasium's beautiful new executive, Samantha (Linda Cardellini), while butting heads with the firm's space-case CEO Cheezle (Kevin Nealon) and J.P. (Joel David Moore), a teenage game designer who is no longer in touch with reality. Grandma's Boy was the first feature film from director Nicholaus Goossen.