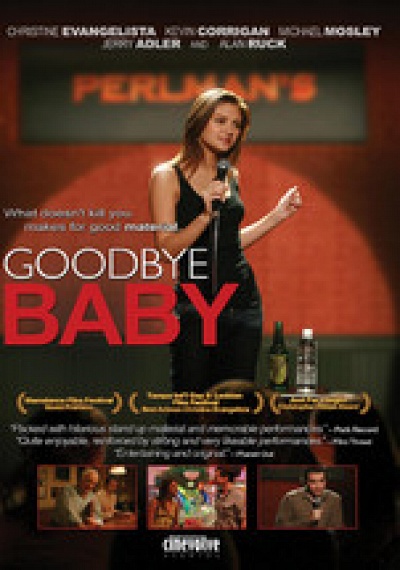 When Melissa Brooks (Christine Evangelista) discovers she can't afford college, she moves in with her brother and his boyfriend in New York City and lands a job as a waitress at a comedy club run by Mr. Perlman (Jerry Adler) and his son (Kevin Corrigan). While waiting tables, she watches and learns from other professional comics, including Donnell Rawlings, Sal "The Stockbroker" Governale, and Jay Black. With some fatherly encouragement from Perlman and his comic son, Melissa gets up the nerve to go on stage. Melissa soon finds herself testing her materials in front of the toughest crowds in the country, taking her lumps and earning respect in the process. Offstage she becomes involved in a complicated love triangle (between Vincent Piazza and Michael Mosley) while confronting a painful secret from her past, and finding comedy in those dark places.