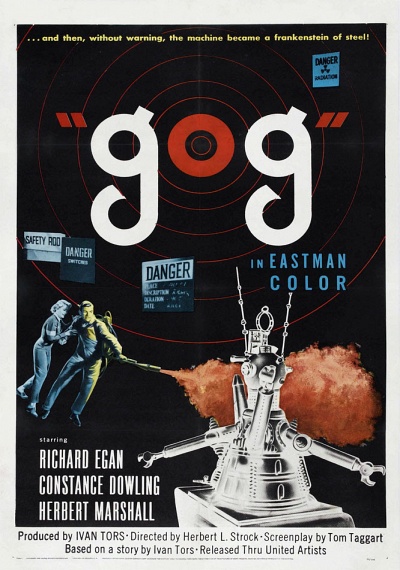 A security agent investigates sabotage and murder at a secret underground laboratory, home of two experimental robots. When things start going wrong at a holed-away government laboratory in the New Mexico desert, a special agent arrives from Washington to investigate. But what he finds -- a pair of murderous robots named Gog and Magog -- is stranger than fiction. This film is the third installment of creator Ivan Tors's series of science-fiction films, coming after The Magnetic Monster and Rider to the Stars.