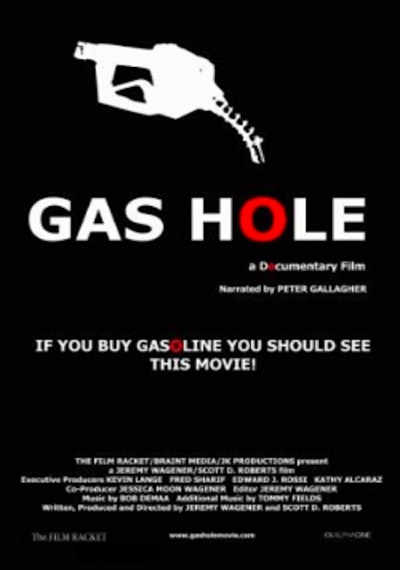 GAS HOLE is a new documentary film about the history of oil prices and the future of alternative fuels. Narrated by Peter Gallagher, the film features a wide range of viewpoints from US Department of Energy Officials, both Democrat and Republican Congressional leaders, Alternative Fuel Producers, Alternative Fuel Consumers (such as actor Joshua Jackson), Professors of Economics and Psychology and others...What are the causes that led turned America from a leading exporter of oil to the world's largest importer? What are the economic and sociological forces that have contributed to that change and impede its solution? The film examines many different potential solutions to our oil dependence. Starting with claims of buried technology that dramatically improves gas mileage, to film moves from navigating bureaucratic governmental roadblocks, to evaluating different alternative fuels that are technologically available now, to questioning the American consumer's reluctance to embrace alternatives.