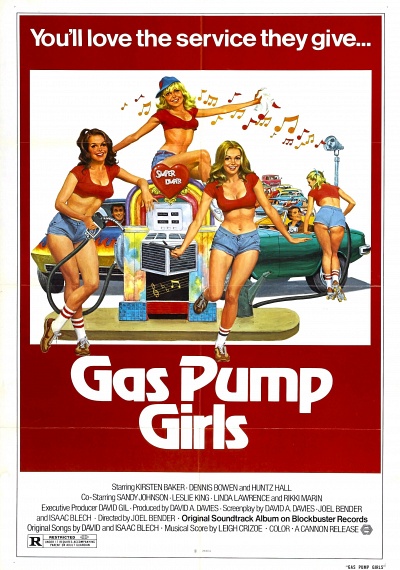 Not exactly meant for intellectuals or feminists, this juvenile comedy-drama centers around the competition between a decaying, old-fashioned gas station and that of a sleek, modern version across the street. Neither Uncle Joe (Huntz Hall) nor his station are doing well. So niece June (Kirsten Baker) comes to the rescue, enlisting three buxom friends with names like April (Sandy Johnson) and January (Rikki Marin) who help fill out the rest of the calendar year, and occasionally fill up tanks when not disco dancing in the garage. Using the only weapons they have, the young women wear as little as possible to distract the competition, to attract customers, to distract the gangsters sent over to teach them a lesson, and to distract attention away from the script.