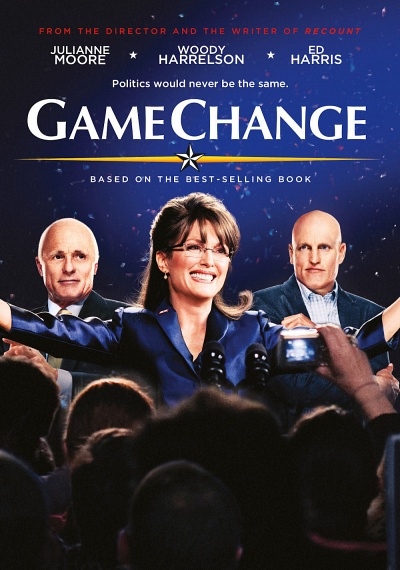 With John McCain trailing in the polls during the 2008 U.S. presidential election, strategist Steve Schmidt knew he needed a 'game changer' to turn the tide. With Sarah Palin, he thought he had found that person. From director Jay Roach and writer Danny Strong--the team behind HBO Films' 'Recount'--comes this searing, behind-the-scenes look at McCain's ill-fated campaign. Told primarily through Schmidt's eyes, the film pulls back the curtain on the McCain team and their clash over politics and principles as Schmidt championed Palin as McCain's running mate only to later regret it as pressures on the Alaska Governor brought the campaign perilously close to irrelevance. Julianne Moore, Woody Harrelson and Ed Harris star. Directed by Jay Roach; written by Danny Strong, based on the book by Mark Halperin and John Heilemann.