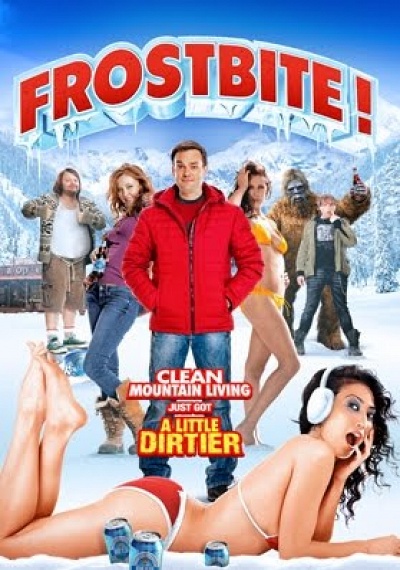 Swedish director Anders Banke's Frostbite (AKA Frostbiten, 2006) - a gothic, bloody horror tale heavily laden with doses of black humor - opens in 1944 Ukraine, when a group of soldiers enlisted in the Scandinavian Volunteer Group of the German army become accidentally estranged from their unit and lost in the wilderness. Seeking asylum in a seemingly vacant house, the men discover that the structure is anything but abandoned when a vampiric creature surfaces and rips one of the men to shreds. The other soldiers band together, kill the demon, and bury it. Flash forward to the present day, in Swedish Lapland, when single mother Annika (Petra Nielsen) and her daughter, Saga (Grete Havnesköld) settle into their new home. Annika - a scientist - is appointed to work under the aegis of the well-respected, octogenarian geneticist Gerhard Beckert (Carl Ake-Eriksson) in the local hospital. Beckert, it seems, was one of the soldiers in the cabin. Unbeknownst to Annika, he has been attempting to create a super-race of vampires for the past sixty years, thus enabling mankind to live forever - a task for which he hopes to win the Nobel Prize. As Beckert supervises and medicates a comatose patient, Saga befriends one of her peers, the street-smart troublemaker Vega (Emma Åberg), and accompanies her to a party. Several of Beckert's interns then mischievously swipe the pills that he is administering, and one consumes the medication - which imparts him with a ravenous desire to eat his girlfriend's pet rabbit and to feast on pedestrians. The remainder of the interns then visit the party that Saga and Vega have attended and spike the punchbowl with the medication, which turns the occasion into a menacing, blood-soaked vampiric nightmare.