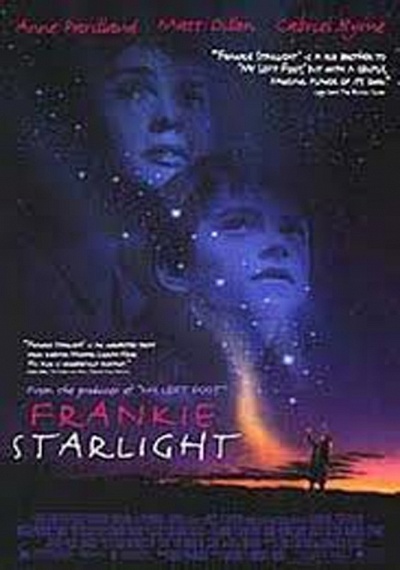 As World War II draws to a close, a young woman fleeing France gains passage on a troop freighter in exchange for sex. Put ashore, penniless and in Ireland, 18-year-old Bernadette gives birth to an exceptional boy, Frankie Starlight. Through the kindness of Dublin customs officer Jack Kelly, Bernadette is able to raise Frankie, an intelligent child with dwarfism. Jack nurtures Frankie's love of the stars, sparking a lifelong, mystical obsession with the cosmos that endures even when Bernadette marries an American soldier and takes Frankie to Texas. As an adult, Frankie weaves astronomy and his mother's story into a novel that propels him from isolation to celebrity. Also starring Matt Dillon.