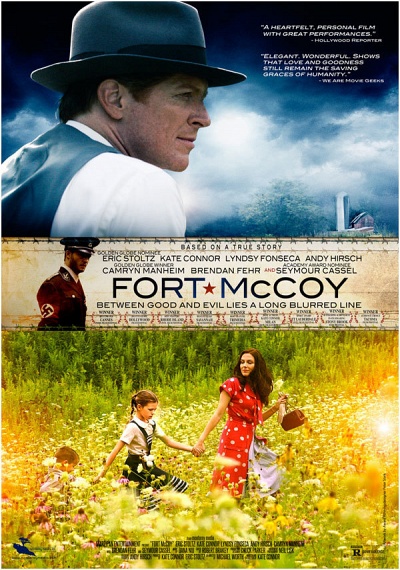 Eric Stoltz (Pulp Fiction) gives one of his most powerful performances as Frank Stirn, who moves with his family to become a barber for the American Army and POW camp at Fort McCoy, Wisconsin, in the summer of 1944. Embittered that he cannot fight, Frank must take a stand when a Nazi SS Officer threatens his wife (Kate Connor, playing her real-life grandmother). Her Catholic sister (Lyndsy Fonseca, Kick-Ass) falls for a Jewish soldier (Andy Hirsch, The Chicago 8) haunted by the battle of Monte Cassino and the death of his best friend (Matthew Lawrence, Mrs. Doubtfire). Camryn Manheim (The Practice) is their audacious friend who encourages the couple, while Seymour Cassel (Rushmore) is the priest who cannot. Frank's daughter befriends a German prisoner boy during this magical summer, but war still finds its victims even thousands of miles from the battlefields in rural America.